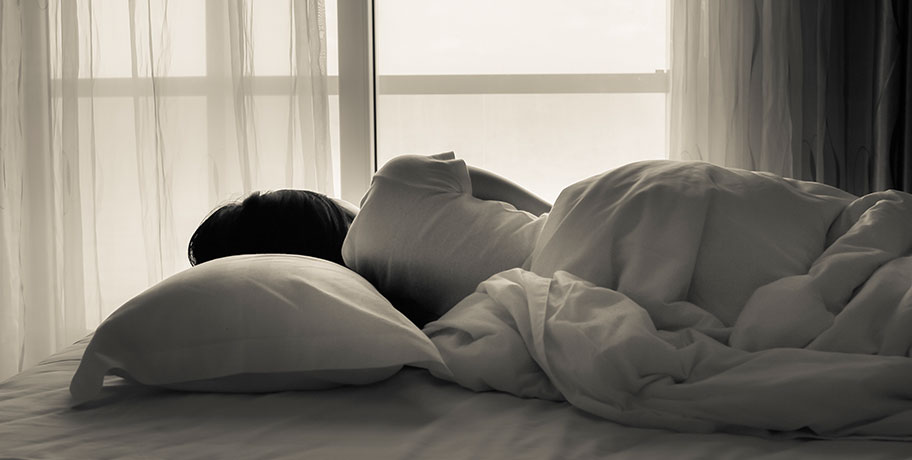 Your adrenal glands have two primary functions: they will wake your body up in the morning, bring it from sleep to activity and they handle all the stress that your everyday activities cause. Cortisol is the main hormone secreted by the adrenal cortex. On the other hand, adrenal marrow mainly secretes adrenaline. Adrenaline is responsible for emotions including struggle, escape, fear and worry, among other things. However, when talking about exhausted adrenal glands, what is being referred to are the adrenal cortex and cortisol production. This article is about cortisol.

If you have problems waking up in the morning, it might be due to a combination of poor sleep and too much built up toxins, which means that the sleep-related immune system has to work harder and with low adrenal function. As already mentioned, the adrenal glands make sure you wake up properly in the morning and that you manage throughout the day. Coffee is often used to wake up in the morning, but large amounts of coffee can strain the adrenal glands and, over time, you can develop a dependence on coffee, often combined with simple carbohydrates to get through the day. This can lead to even poorer sleep and a vicious cycle being created. Adrenal glands need protein to function properly and if you struggle with the energy levels in the morning, the worst option is a carbohydrate-rich breakfast or skipping breakfast altogether. The adrenal glands communicate with the liver to maintain the energy and the liver also needs protein to function in an optimal way. Carbohydrate-rich breakfasts often cause blood sugar levels to fall as a result of eating pastries or drinking coffee to get through the day, which will just make things worse.

When you are in a stressful situation (emotional stress, injury, cold, exercise, illness) your adrenal glands signal to the liver to release more energy (calories) for immediate use. Stress also causes inflammation in the body; the adrenal glands then release cortisol which has an anti-inflammatory effect. This cortisol secretion in the bloodstream differs from the normal 24-hour cortisol cycle. Under stress, extra cortisol is released to protect the body. After about an hour, cortisol levels return to normal levels if the adrenal glands are working properly. On the other hand, if the stress is more or less always there, the adrenal glands will work even harder and produce cortisol non-stop, which over time wears them out. After a while, the stress will take over and the inflammatory by-products created cannot be taken care of by the cortisol that is being produced. Then, the first signs of excessive stress often occur: you will experience extreme tiredness, will be easily irritated, have very low energy in the morning, but even during the day, you might can have severe mood swings, experience pain in your muscles and joints, and have a lowered immune system. Allergies can also get worse by too much stress.

Both the adrenal glands and the thyroid gland affect sex hormones. If both systems are functioning properly then menstruation is more or less painless and regular. Also, it would mean that the sex drive for both men and women is normal. Reduced or lack of sexual drive may be a sign that the adrenal glands are exhausted.

Adrenal glands and other endocrine glands

A good way to strengthen adrenal function is by having proper nutrition, rather than supplementing it with external hormones that can result in unpredictable negative behaviours since the receptors of the hormones may also be fatigued as well. In addition, an adrenal hormone from animals can create autoimmune reactions in a person who already has an ongoing inflammatory process due to impaired adrenal function, which is not good.

Protein is important for the function of the adrenal glands and the best sources of it are meat, fish, poultry, eggs or seafood. Adrenal glands also need salt to function normally and total salt restriction is not good. If you have several symptoms of both adrenal and thyroid problems, you need to treat them at the same time. If this is the case, it is good to use supplements that strengthen both the adrenal glands and the thyroid gland. In addition, it is good to exercise on a level that you can handle at the moment and then increase it over time. The important thing is that you regularly exercise, several times a week and don't push yourself too hard at the beginning. Exercise reduces stress and strengthens the body in general and the adrenal glands in particular. There are several good supplements for both the adrenal glands and the thyroid gland. Adrenal Response is excellent for adrenal function, but also for thyroid function. CoQ10 is very good for the thymus as its entire surface has receptors for CoQ10. A good multivitamin and mineral preparation is a cheap way to ensure that you get all the nutrients you need, not only for the adrenal glands to get the nutrition they need, but for the whole body to function properly.